NSW has officially become the last state in Australia to allow terminally ill people to choose when they die.

The legislation received 23 votes in favour and 15 against after members debated almost 100 late amendments through to midnight on Wednesday and again Thursday morning.

Both the Labor and Liberal parties allowed members to choose how they would vote on the bill. 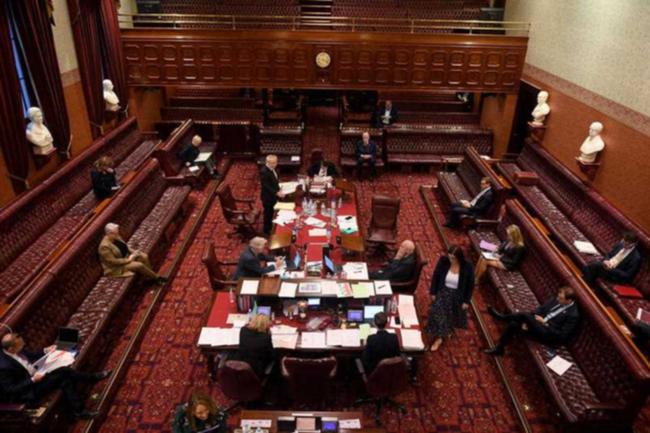 The law brings NSW in line with all other states in legalising voluntary assisted dying for people in the final stages of a terminal illness and those who are experiencing suffering that cannot be alleviated by palliative care.

To be eligible, the person must be aged 18 years or older and be an Australian citizen.

They must be likely to die from a disease within six months, or a year in the case of a neurodegenerative disease or condition, which is causing suffering that cannot be relieved.

The person must be found to have the capacity to make the decision for themselves and must be acting voluntarily without pressure.

It is also required that their eligibility must be assessed by two medical practitioners.

Shayne Higson from the advocacy group Dying with Dignity told Sunrise she was “so grateful” terminally ill NSW residents would now have a say in when and how they die.

“They now have a choice, they can choose the time and place of their death, they die in peaceful surroundings, surrounded by their loved ones,” she said on Thursday. 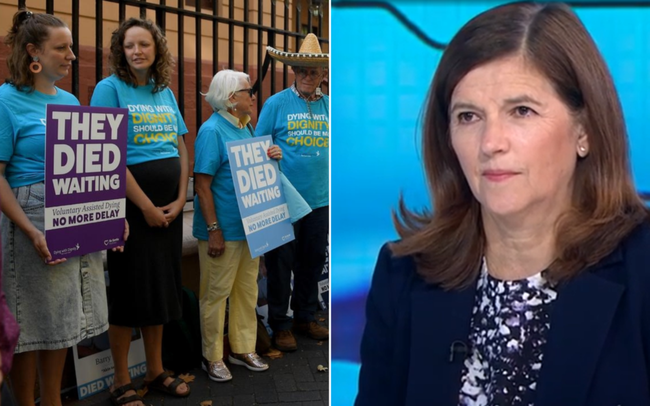 Shayne Higson from the advocacy group Dying with Dignity told Sunrise she was “so grateful” terminally ill NSW residents would now have a say in when and how they die. Credit: Sunrise/AAP

The legislation is likely to be supported by the majority of the community, with a recent poll conducted by Go Gentle Australia indicating three-quarters of NSW residents support dying people accessing all legal medical treatment options within their own homes, including aged care facilities.

The bill was introduced into the lower house last year by Independent MP for Sydney Alex Greenwich.

“I would like to thank the premier and leader of the opposition for allowing a free conscience vote on this,” he told the lower house on Thursday.

“That has brought people together on both sides, to have a robust and difficult conversation.

“Today, NSW passes a threshold of honesty and compassion.

“Honesty that not all people die well, and compassion that people in NSW with an advanced terminal illness can have the same end of life choices as people in every other state.”

The legislation will come into effect within 18 months.

Scott Morrison drew a line on Thursday, refusing to allow the ACT and Northern Territory the right to legalise voluntary assisted dying.

Labor has pledged to prioritise a parliamentary debate on the issue if it wins government after Saturday’s federal election.

“That’s not our policy,” the prime minister said in northern Tasmania on Thursday.

“There are differences between territories and states and that is under our constitution and we’re not proposing any changes.”

Since then, all Australian states have now approved laws allowing voluntary assisted dying.