Lessons of the Rainbow jersey 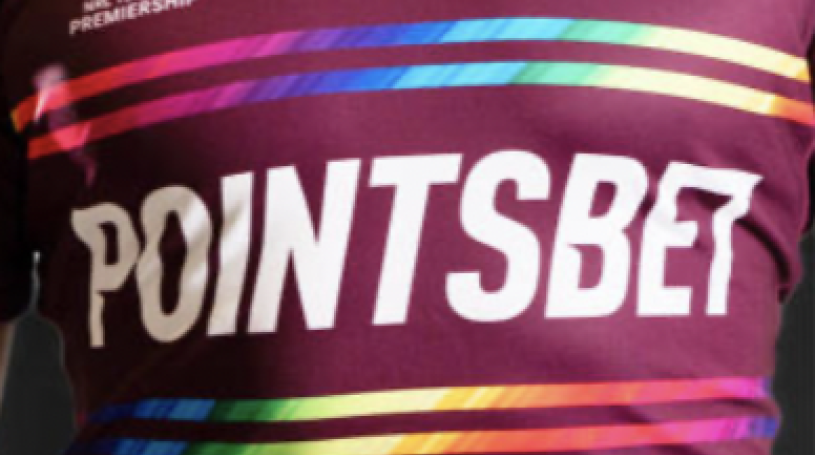 The rugby world has birthed a new fiasco as an ever-increasing number of players from Manly Sea Eagles refuse to wear a rainbow-hooped jersey for this past week’s NRL’s Pride Round against the Sydney Roosters.

Four years ago, I stated that the reaction of one player to the forced intrusion of LGBTQ+ ideology into the world of professional rugby would not be the only head raised above the parapet on this topic.

I believed then that it would only be a matter of time before other voices would revolt against the intolerant demands of what I know and have experienced firsthand as the ever-bullying LGBTQ+ ‘tolerance-brigade’.

A lesson not learned

After a multi-million-dollar payout to Israel Folau, you would think that any rugby club engaged in a hook-up with LGBTQ+ politics would tread carefully into such a fragile relationship. But no.

Rather than prepare players through a prior open and robust discussion, Manly Sea Eagles’ coach Des Hasler has now been led to apologise for the club’s “significant mistake” of not consulting with players before ordering them to wear a pro-LGBTQ+ jersey.

Activists are not the only ones who are saddened

Former Sea Eagles’ player, Ian Roberts, rugby league’s first ever openly gay player, said he is saddened by the players’ decision. “I try to see it from all perspectives but this breaks my heart,” he told The Daily Telegraph.

My gay and lesbian friends are also saddened, not by the seven players’ decision but by the fact that these men and their own beliefs were never respected in the first place. Tolerance cannot be expected when those proclaiming it deliver instead intolerance. This isn’t seeing situations ‘from all perspectives’.

What right does one group with firm beliefs have to bulldoze the rights of another group with opposing beliefs? Surely none. If my neighbour refuses to wear a cross, I cannot accuse he or she of hating Christians.

One ABC journalist stated, “there are rounds that support just about everything” in the NRL. Surely, then, there should be no objection to a ‘Christianity Round’, or a combined monotheistic ‘Judaism-Christianity-Islam Humility Round’ before or after any LGBTQ+ Pride Round. Would that be tolerated, I wonder?

What is lamentable is that the NRL, just like the AFL, have never done any extensive research into what most same-sex attracted people inside and outside of the LGBTQ+ community think about the Pride-ing of everything from cars to underwear to mobile phone contracts. If they did, they wouldn’t touch Pride with a goal post.

If our relations and friends in the LGBTQ+ community are tired and even angry about the inescapable rollout of Pride – and many are – then what is to be gained by forcing the affirmation of an ideology under the banner of ‘inclusivity’?

The forced indoctrination of everyone from infants to boomers by the LGBTQ+ religion is grossly distasteful to many Australians, including to those in the gay community who want to live quiet lives like everyone else. Attending a sporting event for them is about recreation and not incessant revolution.

What is deplorable is the manner in which sporting bodies automatically bow to pressure to disguise ‘inclusivity’ and ‘healthcare’ under a glib ideological mantra thereby allowing activists to self-righteously accuse the Sea Eagles’ dissenters of rejecting inclusivity. But these players have every right not to be blackmailed.

Listening to more than those who shout the loudest

If Australian Rugby League Commission chairman Peter V’landys and NRL CEO Andrew Abdo would take the time to sit down with those who experience same-sex attraction and who support the Sea Eagles’ players’ manly and courageous decision not to play, then and only then would they be able to see things ‘from all perspectives.

LGBTQ+ protagonists demand tolerance and respect from everyone, but woe betide anyone if the same should be expected from them. But that is the whole purpose. Silence any opposing voice under the guise of ‘inclusivity’ and you end up with exclusive rights to anything.

As a former gay activist and a committed Catholic, I experience parishes being respectful, compassionate and sensitive to racial, cultural and, yes, sexual and gender differences week-in and week-out, particularly welcoming members of the gay community who have exited or are excluded, from within its ranks. The welcome remains imperfect, but nevertheless, it is very real.

Be grateful to these players of courage

Whether you agree with them or not, in an increasingly woke world bereft of true masculinity, we should be grateful to Aloiai, Saab, Tuipulotu, Schuster, Olakau’atu, Koula and Sipley for being male role models of resilience, of principle, of standing firm besides their personal opinions in the face of mounting hate speech.

These Christian men face rising defamation, racial and cultural mockery, the possible loss of any future working contract, and even the denial of playing a sport about which they are passionate – and damn talented.

But watch this space. This story has just begun. With their hope in God, they will find strength and become like true eagles, running and walking and never growing weary.