(LifeSiteNews) — U.S. military officials under the Biden administration may have violated the law and their own regulations by issuing blanket rejections of religious accommodation requests in response to the COVID-19 jab mandate. The news appears to vindicate the evidence presented by a pro-life Catholic Navy commander who was demoted earlier this year after filing a complaint arguing that officials were wrongfully denying the requests.

O’Donnell said officials may have failed to comport with the DoD’s “standards for reviewing and documenting the denial of religious accommodation requests” by sending out hundreds of stock denials rather than individualized messages to each service member who requested an exemption.

According to the document, the DoD hotline “received dozens of complaints regarding denied religious accommodation requests from Service members.”

“We found a trend of generalized assessments rather than the individualized assessment that is required by Federal law and DoD and Military Service policies,” the memo reads.

According to O’Donnell, the findings could constitute violations of the Religious Freedom Restoration Act of 1993 (RFRA), as well as DoD Instruction 1300.17, which provides that “officials charged with making recommendations or taking final action on a Service member’s request for the accommodation of religious practices will review each request individually, considering the full range of facts and circumstances relevant to the specific request.”

Regardless of existing regulations, however, O’Donnell said “the volume and rate at which” the religious accommodation requests were denied was “concerning,” pointing out that a generous estimate would suggest that each request would likely have gotten no more than a 12-minute review.

“Such a review period seems insufficient to process each request in an individualized manner and still perform the duties required of their position,” he said.

Green, 39, a traditional Catholic husband and father of seven, told LifeSiteNews in a Tuesday phone interview that the SOP essentially proved that the Navy was “adjudicating religious accommodations in an unlawful manner.”

Reacting to the publication of the June 2 memo from the DoD Inspector General, Green said he wasn’t surprised that the Pentagon was already aware of the evidence despite sloughing off his legal complaints.

“It’s interesting vindication from the perspective that they now admit they knew, but it’s not surprising to us,” he said, pointing out that a federal judge used the evidence he provided to issue a preliminary injunction against the Navy, which was later taken up by the U.S. Supreme Court in U.S. Navy SEALS v. Biden.

For Green, who previously spoke with LifeSite’s John-Henry Westen in January and volunteers on the Truth for Health Foundation’s advisory counsel, “what really is mind-blowing” is that the Navy was “still denying and throwing out these cases and covering up the unlawfulness as late as August 5, when I got the denial of the complaint I filed on Vice Admiral [John] Nowell back in December.”

“They sat on it for seven months, and then in August said, ‘Oh, there’s no evidence,’” he said.

Green, who received his commission in the Navy in 2007 after his graduation from the Naval Academy, told LifeSite he has personally bucked the COVID jab mandate because of his sincerely-held religious beliefs, which he shares with his wife Mary Clare and their seven children. 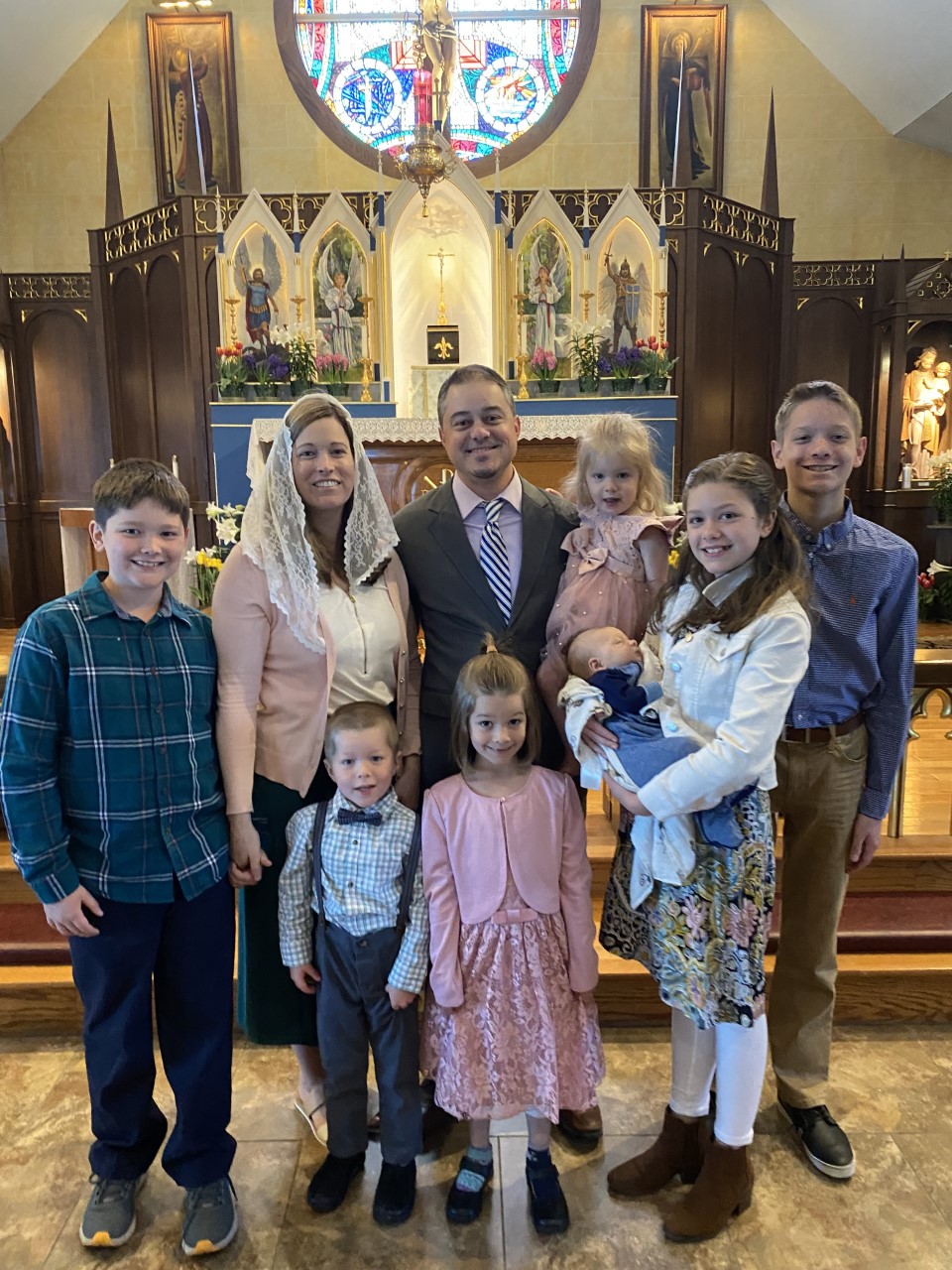 A lifelong Catholic and the oldest of 11 children himself (he told LifeSite his wife is the fourth of nine), Green said he and his family were prepared to face the consequences of his refusal to get the shot, even if it meant being court-martialed and facing jail time.

“I’m the father of seven children and I have responsibilities. Traditional Catholic. And we had a long conversation: How far are we willing to go for what we believe in?” Green said.

The Naval officer told LifeSite that the battle over discriminatory jab mandates isn’t over, and emphasized that whatever happens, the most important thing is to continue doing the will of God.

“This is the message of hope. It’s not necessarily hoped in this life, but hope in God, hope in the next life, and ultimately that we’re doing God’s will is the most important thing we can do,” he said, exhorting others to “do what’s right instead of what’s politically expedient.”

A spokesperson with the DoD’s office of the inspector general told LifeSiteNews in a Tuesday email that “as a matter of practice” the office “does not provide comments on our ongoing oversight projects nor timelines for our oversight work.”